with av eye to the future 5 year old adeline kaufman of rookway beach,tries to pose like the beauty quen she hopes to be in 15 years. 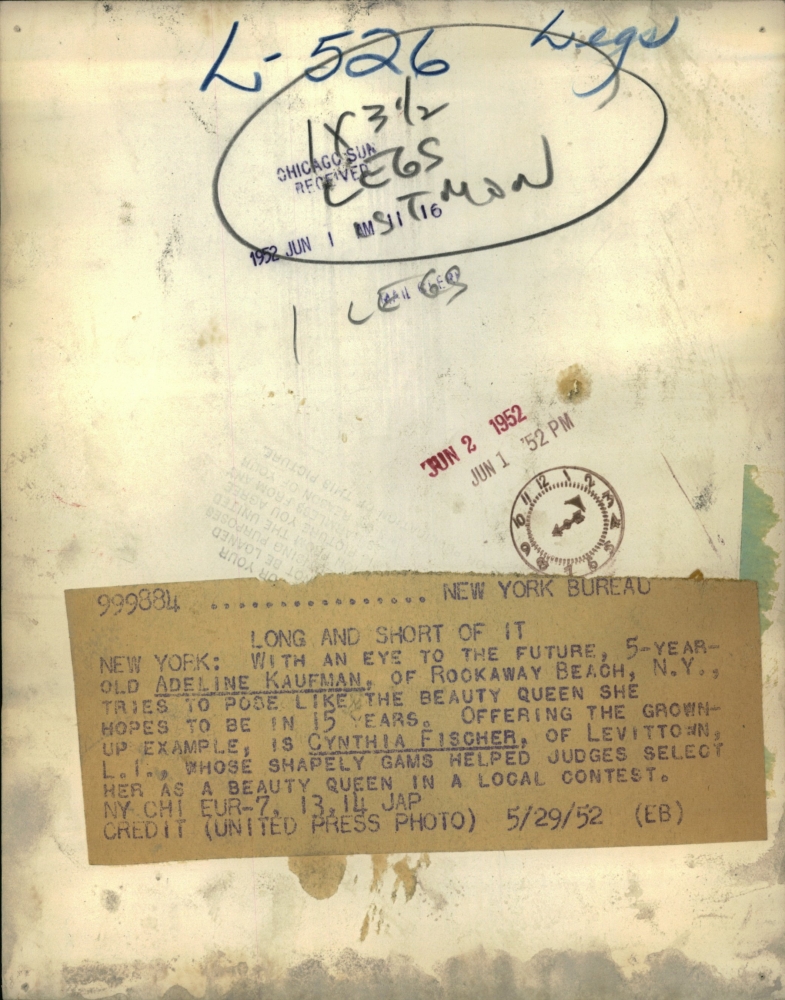 In "Status Quo Vadis," back again at the Ivanhoe, Brace boxletter (right) is now playing the young hero's role, and others in the big cast include Rebecca Taylor and Doug Alleman.Photo is dated 1972.Photo measures 8 x 10 inches.Photo back: